A bit of history.

On this day in 532AD two rival teams, the Greens and the Blues, rioted at the stadium in Constantinople, leading to the deaths of about 30,000 people.  These were called the Nika Riots.

There were four teams in the city... the Greens, the Blues, the Reds, and the Whites. The two biggest clubs were the Greens and the Blues. The Blues were the club that the authorities supported.

The Reds and Whites, however, had nothing to do with the trouble. They 'stood free' of the bigotry and violence.

The riots eventually ended when the Blues received a large bundle of cash under the table.

Please keep your gay stuff to this thread so that you don't accidentally post it in threads dedicated to hetero stuff like 'Telly Birds Who Have That Look About Them' featuring the magnificent Carol Vorderman.

This'll get you started. 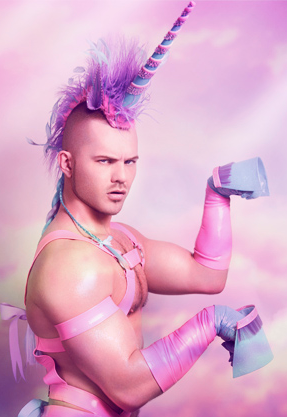 Since we're likely to need a bit of cheering up later in the day, what tune never fails to cheer you up?

My go to happy tune when things are a bit gloomy...