Tomorrow he might be ok. Today he’s a cunt. Fact.

Whereas tomorrow you'll still be a cunt

Changing Cosgrove for Main.....ffs the problem is we aren't creating chances!

He's been pish for weeks

I don’t think he will be sacked if we lose tomorrow
I’d be very surprised.

Not what I'm hearing

A lot of AFC fans will say they have the same hate for both clubs... but I think we get a bigger/better reaction out of rangers, which has played into us prodding them more and more, to where it has stuck to a larger extent than Celtic.
I love seeing Gerard and their fans be so upset at us. We clearly get under their skin - probably more so than Celtic. Plus we’ve done major damage to to them- assisting them into the 4th division, beating them more than we beat Celtic, etc. so over the years I’d say it’s trended towards rangers.
If we started to beat or negatively impact Celtic the same we do rangers, I think that would become more hostile as well.

Sevco was formed and entered the league in division 4 as a brand new club.

I don't give a fuck about the Wegia, to be honest. It's irrelevant white noise. intended for consumption by the hard-of-thinking Troglodytes who follow the cheeks. Annoying Dons fans is a happy knock on effect for those cunts.

What DOES annoy the fuck out of me is when the 'Aberdeen... Know your Place' shite comes from Pittodrie.

The seeming acceptance of our assigned 'place' in Scottish football that came from Milne, and the reverence that Calderwood spoke about Rangers. McInnes' periodic terror at facing Celtic or Sevco or any 'big' team is absolutely fucking enraging.

I can understand a certain reverence when you're playing Barca or Real, but a fourth rate Hun side or Rijeka should not be paralyzing our manager with fear... and the way we played that second leg against Rijeka should have seen McInnes fired off the roof.

Lost my train of thought.

Totally agree with this.

We should have beaten the Zombies on Saturday but there seems to be satisfaction taken that a "stubborn" Aberdeen side secured a point so we have "done well".

I long for the days when we appoint a manager who doesn't give a fuck about the arse cheeks and treats them with the utter contempt they deserve.

Hopefully Cormack sorts this out sooner rather than later

I see it the other way. Accies player is being a smart fuck holding his ankle on the deck which is what he kicks out at. I’m waiting to see it later on to see if he’s on the deck because Griffiths fouls him in the first place. Bookings correct to me.

The little cunt could have planted his feet anywhere other than into the Hamilton players chest.

It's a red card all day long.

for Michael Stewart to say that the Ref got it right because while the Tesco thief is a "very lucky boy", he didn't use "excessive force" so that makes it a yellow.

So if his foot had come down on the Hamilton player's throat, so long as the little scrubber didn't use "excessive force", that would have been OK?

If that had been a Hamilton player stamping on a Celtic player, it would have been a straight red all day long.

Disgraceful decision by the Referee but to be expected.

common sense tells me it’s a stupid move voted for by Neanderthals like moobs who have an innate dislike of others
on other hand. the world won’t end.
certainly not something to celebrate tho

Didn't know that Moobs was Dutch

Popcorn is all carbs.

Dr Pepper is all sugar.

Suicide is for people too weak to walk shit off. 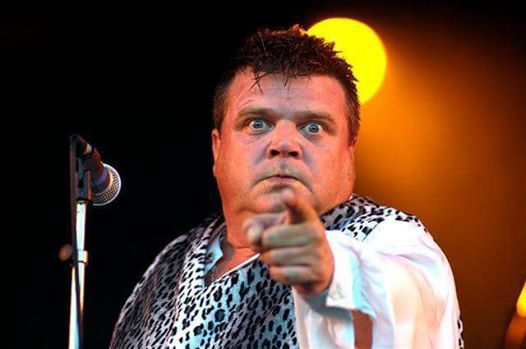 Christ, I thought that was Gleeson

Because he's got to be crippled before Mcinnes will sign him.???

Fuck knows why he’s want to stay in Portlethen

It’s got fuck all

There’s been abductions this morning from A and E at Foresterhill. AFC bus last seen heading towards pittodrie.

You are a real fucking hoot

So it’s gone pretty much as I said it would?
The old firm control everything, there was no chance it would end in anything other than the club/Cormack being warned or fined.

I doubt Cormack gives much of a fuck, and he already showed more spine in a few days than Milne has in two decades.

About time we showed some guts and stood up to the corruption that is the Powers that Be.

That Popcorn Teeth is rankled too makes it all the more pleasing.

I thought Campbell was rubbish today, full of sideways and backwards passing. Maybe 6 months in America would bring him on. I’m not really sure what type of player he is, strengths etc.

Not Rubbish but barely a forward pass

I drive past the site everyday and Phase 1 looks far from complete, questions to be answered by the club on what needs to be done still.

I drive past the site everyday too and don't give a fuck if certain bits which don't have an impact on the training pitches aren't complete yet.

Training pitches are up and running.

Bit of landscaping still to be done - big whoop