Hardly an absurd point. The boy Floyd was a convicted armed robber (mmm "gentle giant" perhaps not) sentenced to 5 years porridge in 2009. His karma came Monday of last week.

If you listen to the words of the song, the point is made well and truly within.

Wouldn't his Karma have been the 5 years in prison?

Passing fake twenties doesn't carry a death sentence, and even if it did that's not up to some cunt of a cop to decide.

Trump  announcing he's mobilizing the US Military to take control of American cities if the States don't capitulate and use the National Guard to do it for him.

Also dogwhistling to his base with 2nd Amendment spiel...

Apparently the 82nd Airborne Division is being readied to head to Washington.

Shame what happened to the black lad but this shit just bugs my tits. Virtue signalling.

If a copper killed somecunt in Africa somewhere would anybody bat an eyelid?

I'm not sure why British folk are doing this.

British coppers are generally arseholes, but they're not going around murdering folk.

American coppers are militarized racist lunatics who cheerfully murder folk in broad daylight because they know they'll get away with it most of the time.

Surely there's shit going on in the UK that needs addressing before people start marching for other countries' problems.

Current situation... National Guard fighting with protesters outside White House. Lights in White House have been switched off. Trump is hiding in a bunker underneath the White House.

So that's a thing now.

I hope he dies.

Well done kelt, this is a helluva achievement given the competition

I seem to have that lad on block... another one I've no idea who he is or why I blocked him originally.  Usually folk quoting this kind of greetin'-face fuckwit reminds me what a great decision-maker I am though. Nothing to say but has to say something.

He'll remain on block, weeping angrily into the void that the focus of his rage doesn't even know who he is or give a single fuck about him.

Aye all the tension from the lockdown bullshit combined with this poor fellas death is a powderkeg likes.

Motherfuckers wanna chill out, have a few pints and wait for this all to blow over.

The Right Wing militias apparently want to kick off a civil war to clear out the blacks and the liberals.

Now's possibly their last ever opportunity to do it...

The strong rumour is that Right Wing groups are infiltrating the protests, smashing shit up and setting fire to stuff, and the blacks are getting the blame.

Atourney General Bill Barr just came out and announced that it's actually "Left Wing" Groups who are responsible, and Trump is calling for mass arrests and the summary execution of protesters.

It was all a big misunderstanding.  I'm sure I've told this story before, however...

What happened was it was the loon's 2nd Birthday, so we'd had a big shindig at the hoose. Cake, balloons, a bunch of screaming kids... all very civilised.

Anyway, the party is over, me and the wife are in bed, and around 3am the burglar alarm goes off.

This was before I had a gun, so I kept this big fucking jungle knife next to the bed in case of any brothers climbing in the window in the early hours... which the alarm going off appeared to signal.  I grabbed my phone, dialed 911, throws the phone for my wife to deal with, grabs my Big Fucking Jungle Knife and steamed downstairs to confront the cheeky cunt who chose my hoose to burgle.

Now the response time is pretty good, and within about 2 minutes a squad car screams up to the hoose, while I'm inside trying to locate the intruder and chop bits aff him. It's about this time that I realise a big helium '2' balloon is bobbing around in front of the motion detector, causing the alarm to go off. There's no burglary.

I figure I better go tell the cops it's a false alarm, so just in my boxers, and still carrying my Big Fucking Jungle Knife, I exit the premises and head straight towards the copper who's getting out of the patrol car.  I only later realise that this copper had his hand on his gun, but at no point does he pull it out and scream at me to get on the ground or anything.  He lets me walk up to within a few feet of him and we conduct a conversation by the side of the road, me still in my pants, knife held at the ready all the while.

I'm like 99% certain that, given my proximity to Detroit, if I'd been a half-naked, knife-wielding black fella coming at him at 3am he'd have shot me in the face and posed questions later.

Me being a whitey he was quite the polite public servant instead. "We received a call, sir. Is everything okay? Would you like us to arrest a black guy anyway?"

I have to get this fucked tree on the ground... 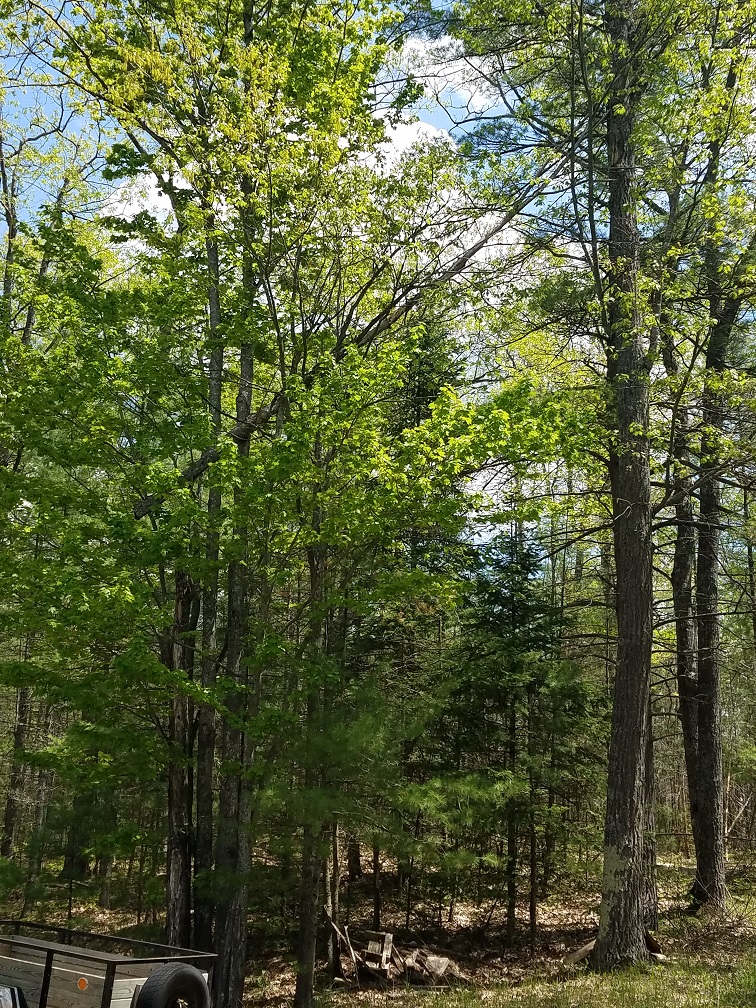 What does that mean son ?

Thing you put in the water to dock your boats/fish off/sit on/get drunk on and fall off of.

No homosexualness involved... if you don't want there to be. Put the dock in the water, processed a big cunt of a stack of firewood for the coming winter, cleared storm debris, social distanced, and now I'm going to eat a can of Brazilian corned beef with beans, and probably have a pint of Jack and Coke.

Can't be fucked reading this but I'll make the following points

1. Good on the old cunt
2. The media have milked the old cunt dry
3. You boys with your "I hate the old cunt I hope he dies" are a bunch of pathetic scumbags who can't help themselves trying to out shock eachother

Has anyone said that?

I think I said he's being exploited by the government.

Others have said he should have nicked the cash and fled (jokingly).

Who said they hope he dies?

The old lad who walked around his garden a bit for coronavirus or something is getting a knighthood. Or a balloon. Fuck knows, he's getting something, though... and then you're all supposed to go outside and bang a pot with a spoon.

Got to keep the circus going in case the plebs get antsy...